A Question of Trust

The SNU Trust (often referred to as SNUT) was created in 1926 as a type of mutual building society for churches affiliated to the Spiritualists’ National Union. The role of the SNU Trust has evolved over the years and today provides financial products for SNU churches, including loans, to assist them to repair, improve and buy new premises.

The Trust is both a charity and company limited by guarantee, and members are SNU affiliated churches. It has a board of trustees nominated by the membership, each of them serving a two-year term before standing for re-election. To enable its members to have trust in the Trust, it operates by Financial Conduct Authority (FCA) guidelines, despite its tight focus of supporting SNU churches meaning that it is exempt from registration. The day-to-day running of the Trust is undertaken by the charity’s staff based in Burton End Lodge at Stansted Hall; Lesley Gilbey is the Finance Manager; Julie Rogers is the Financial Assistant and Nadine Young is the Financial Administrator. Lesley told us, “The Trust staff are responsible for maintaining the accounts of the SNU Trust and the administration of the accounts of the member churches. In addition, the SNU Trust staff provide accounting support for the SNU. However, our role is much more than that. The Trust staff are available to help SNU churches, not just members, with any financial issues they may experience. Since March 2020, we have received calls from people needing advice and support on all aspects of church finances, from lack of access to signatories on their local bank accounts to concerns about running out of cash to cover bills and help putting their accounts together. Whilst we can’t always directly help, we can offer guidance and put churches in touch with other organisations that can offer practical support.” Indeed, many churches have discovered that picking up the phone to ask a question is infinitely better than suffering in silence. Help is at hand if you need it.

Being a Trust requires trustees. They meet at least every quarter, and like so many of us have been meeting entirely virtually. In more usual times, the meetings are split between physical and virtual. We asked Lesley to tell us a little about those who are currently in post: “Trevor Critchley has been the Chairman of the Trust since 2018 and he is also Chair of the London Headquarters Fund. Prior to retirement Trevor worked as an International Corporate Finance Consultant and headed up the European Division of an institutional stockbroking firm and therefore is the lead Trustee on investment matters. Jane Barton CSNU has been a member of the SNU since 2009 and attends Bristol Westbury Park church. Jane works in industry as a HR professional and is responsible for overseeing the governance of the charity.

The other Trustees are Ken Smith who serves on both East London District Council and the committee of Norwich Church and Tim Coombe who is a Trustee of Bodmin Church as well as President of South Western District Council. “

The SNU Trust, like all voluntary bodies, is finding it increasingly difficult to find new Trustees to welcome on to the Board and the Trust is making it a priority to find individuals within our member churches who would be interested in finding out more about joining the committee of the SNU Trust. The current Trustees are aware that in order to safeguard the future of the charity, it is important to encourage more people to get involved to ensure a continuous approach to growing the charity to support SNU churches in the future. Whilst the SNU Trust is primarily focused on finance, there are other areas of qualification or experience required of Trustees which would be beneficial to the charity including legal, property or governance sectors. Even if you don’t have any knowledge of these areas, don’t worry as we also value people who want to support the SNU and its affiliated churches and would be happy to lend time and experience to our organisation.

Lesley says she is happy to speak with anyone who has questions about the role, helping them to understand what’s involved in greater detail. You can also contact SNUT’s chairperson, Trevor Critchley. Contact details can be found at the end of this article and mean that the answer to your questions are just a call email away!

Why become a member of the SNU Trust?

For those of us who aren’t on a church committee, we might be wondering why SNU churches need an organisation like SNUT. It’s important to know, and now more than ever, our churches need to be financially savvy with their funds to enable their vital work to continue. Lesley tells us that being a not-for-profit organisation enables them to plough the income they derive (from dividends, rental income, and other activities) back into the charity, which means generous rates of credit interest for the churches that invest with them. If you’ve got a keen interest in money, Lesley explains, “During the last few years rates offered by all financial institutions have been falling and have once again dropped considerably during 2020. Rates currently paid on instant access accounts have diminished significantly during the year and typically stand at 0.01% at most, if not all, high street banks. National Savings & Investments, an institution that a lot of churches hold accounts with, has announced a drop in rates to 0.01% on most accounts with effect from November 2020. Churches are also finding that accounts they have had access to historically are now being withdrawn; High Street banks are looking to move everything online and are in some cases, closing down older style accounts that they no longer wish to support.”

Lesley goes on to explain how they are tackling this, saying, “The SNU Trust is aware of the importance of the income provided to churches by way of interest on any savings held; the Board is always mindful to hold up rates on credit balances whilst holding rates down on loans whenever possible to support members to the best of their ability. Rates are reviewed at each quarterly meeting, and the Trustees continue to agree to hold rates at their current levels. Rates are kept under constant review and are, of course subject to change, however the Trust remains com- mitted to sustaining the rates paid to churches wherever possible. We would urge all churches to review the accounts that they currently hold and check the interest rates applied to them.” She also gives examples of savings accounts with between 1 and 2%, as well as the popular “1-4-1 Account” which gives 4% interest on a £1000 investment. SNUT is not just about investments, however. It also has the Ray Taylor Memorial Scheme which was set up to offer small grant assistance to churches in difficulty. They also lend to churches, Lesley adds, “something that isn’t available to members on the high street. Any loans are carefully planned and managed to ensure churches are working within their means, and in the current climate we are here to help any church who needs us.”

A common confusion centres around the relationship between the SNU and SNUT, perhaps because of the name. We asked Lesley if she could clear this up, and she told us, “Whilst the SNU Trust works closely with the Union, the Trust is an entirely separate organisation. It operates under a different charity number and publishes its own audited accounts which can be viewed on our website. We are happy to provide hard copies on request. All staff are employed by the SNU Trust directly and to ensure that wherever possible conflicts of interest are avoided, no SNU Trust Board members can be serving members on the National Executive Committee or Finance committee of the Union. A common misconception is that the Union can prevent a member church from withdrawing their funds from the Trust, or even take control of the funds. There are no circumstances under which the SNU Trust funds can become the property of the Union and the Union cannot prevent member churches from making withdrawals.”

So, if you’re a committee member, especially the treasurer, Lesley has some clear advice on how you can benefit from SNUT’s services. “Becoming a member of the SNU Trust is really straightforward,” she says, “a membership application form can be downloaded from our website or if you prefer, contact any member of staff or Trustee who would be happy to provide a hard copy. We would urge any church who has questions or would like more information about the SNU Trust to please just get in touch. We appreciate that churches are run by volunteers and regular office hours may not be suitable – email or leave a message and we will arrange to call you back at a time that works best for you. 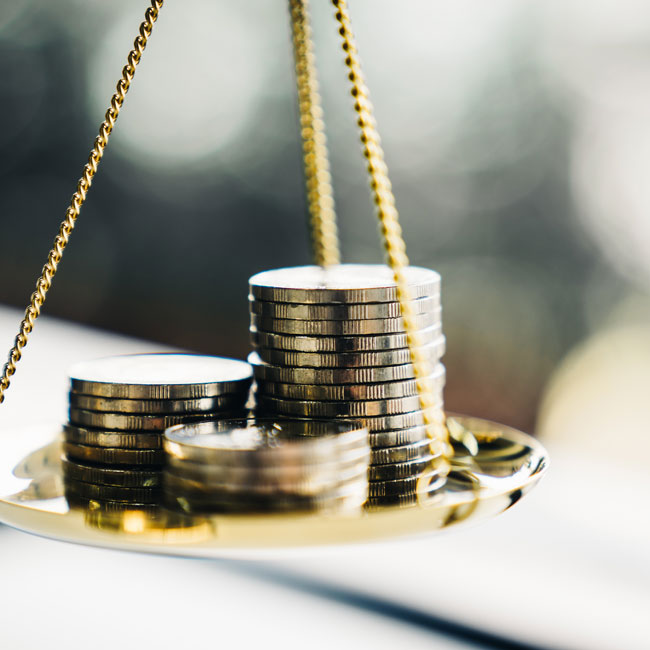 SNU Trust Church Survey
The SNU Trust would like to know what our members think of the products and services we offer, as well as understand why some churches are reluctant to join us. We would therefore like to invite all churches to take part in a quick survey to tell us their thoughts....
Read More 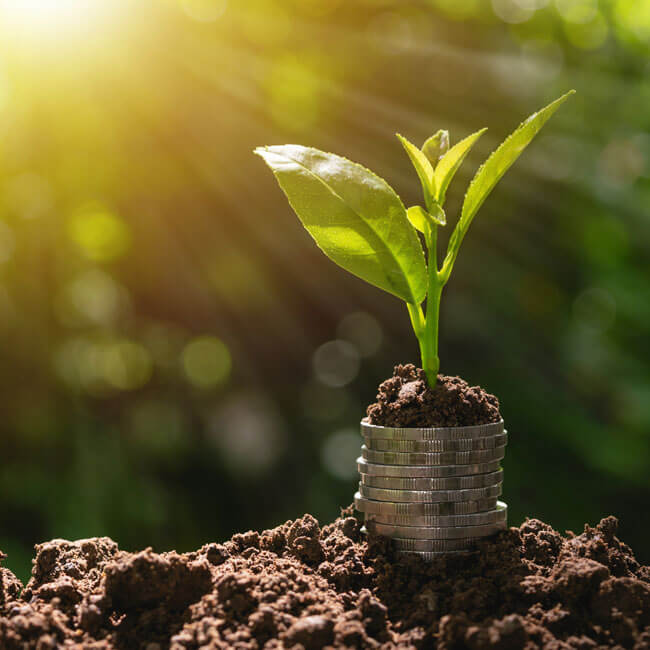 New Trustees
As part of the succession planning strategy the Trust committee is seeking new Trustees and would like to encourage members to put forward suggestions of anyone they consider having the appropriate qualifications or experience to become a Trustee....
Read More 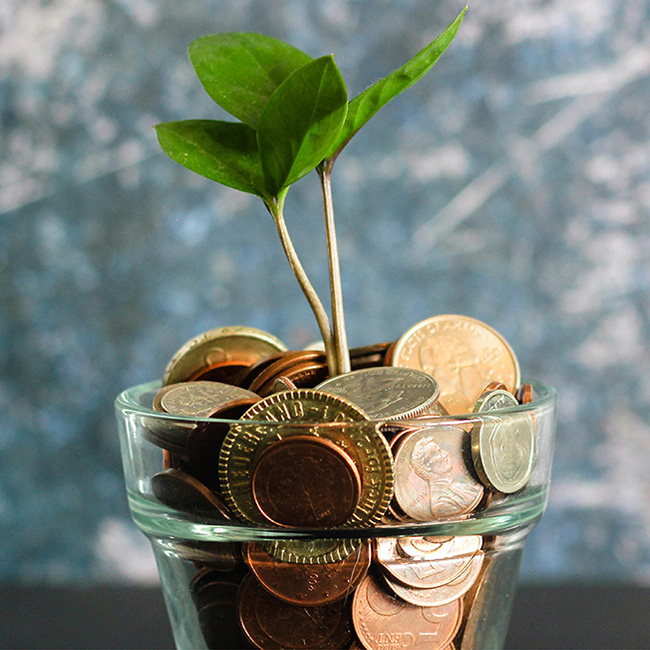 SNU Trust AGM
As our members will be aware, it is customary for the SNU Trust to hold it’s Annual General Meeting on the eve of the meeting held by the Spiritualists’ National Union and it was hoped that we would all be meeting in Norwich in July....
Read More
What Our Members Say About Us

”The committee would like to extend their grateful thanks for the grant towards the interest on the loan.

”May I thank you for your advice and help in enabling us to carry out these transactions quickly and smoothly, it has taken a great deal of anxiety away for the members”

“… you helped enormously, and I would like to thank you for all the hard work and support you have given and continue to give us…”

You can find out more about which cookies we are using or switch them off in settings.

This website uses cookies so that we can provide you with the best user experience possible. Cookie information is stored in your browser and performs functions such as recognising you when you return to our website and helping our team to understand which sections of the website you find most interesting and useful.

These cookies are strictly necessary to provide you with services available through our website and to use some of its features. These must be enabled at all times, so that we can save your preferences.

This website uses Google Analytics to collect anonymous information such as the number of visitors to the site, and the most popular pages.

Please enable Essential Cookies first so that we can save your preferences!